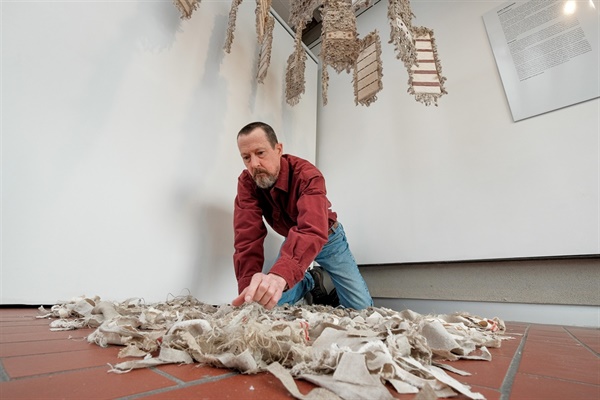 As a person of diverse interests, Gary Anderson received his Bachelor’s degree in art education from Southwest Texas State University (now Texas State University) in 1974 and his M.F.A. degree from the University of Texas in 1984, and earned recognition from Professional Photographers of America as a Certified Professional Photographer in 2002. Notable during his career as a teacher, are five selections to Who’s Who Among America’s Teachers as voted by his students. He retired from teaching in 2003.

Anderson stresses that he wishes to connect with viewers on a spiritual level and from an ancient context. He feels that ancient tribes and civilizations were spiritually motivated, as well as survival-motivated. He notes primitives created and designed objects that had a functional primary use, but which were decorated purposefully, perhaps to imbue the function of the item with spiritual power. He also feels primitives were motivated to use available materials meaningfully and with appreciation and with adaptability for varied useful applications.

Gary Anderson was offered his first solo exhibit in 2012 in Georgetown, Texas, has shown work in numerous art festivals, and has been represented by galleries in Austin and throughout central Texas. Anderson also gives his time by volunteering at Georgetown Art Center, where he served on the board of directors from 2011-2014. The Georgetown City Council appointed Anderson to the Georgetown Arts and Culture Advisory Board in 2012, where he served until 2017.